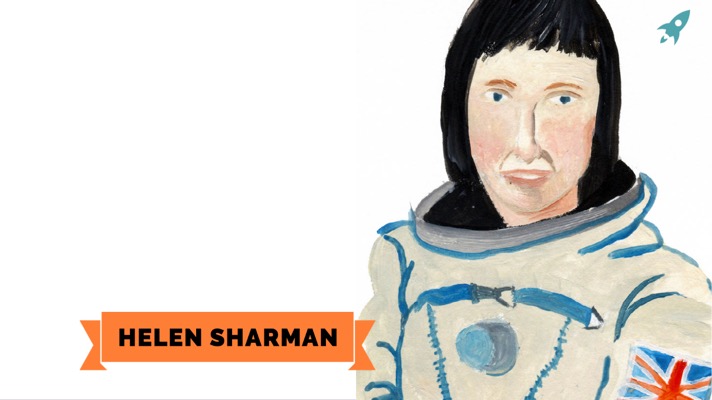 Helen Sharman is a British chemist and astronaut who became the first British person, first Western European woman and first privately funded woman travel to space, as well as the first woman to visit the Mir space station in 1991.

She travelled on a Soyuz spacecraft and spend eight days orbiting the Earth, living and working on the Mir Space Station. In space, her tasks included medical, agricultural and chemical experiments, testing different materials, Earth observation, and operating an amateur radio link with British school students. She also took some seeds into space with her that she brought back to Earth for British school students to use as part of a UK-wide experiment to investigate the effects of space travel on the seeds.

After her return from space, Helen spent many years helping people to understand science and its benefits by speaking, presenting on radio and television, and organising science events for the public.

“We should push forward not only our own individual boundaries, but also the boundaries of what humans believe is possible. People are the biggest limitations in our own lives. There’s a huge amount we can do, and we should make the best use of our lives for the benefit of the world.”

Recently on: Chicken Newspaper for Children

R is For Rights

The importance of having the right to live the way you choose allows for peace of mind and hopefully peace where you live.

The benefits of Fibre

Scientists wanted to find out how much fibre people really need to eat to stay healthy. They found out that fibre has a lot of health benefits. Before, people thought that fibre didn’t do much at all inside the body. They thought that the human body could not digest it and it just passed through.… END_OF_DOCUMENT_TOKEN_TO_BE_REPLACED

Is There Enough Water For everyone?

Billions of people still don’t drink or use water that is safe. One of the 17 Promises the world made was to ensure that everyone can get clean, safe water by 2030. Is there enough water for everyone? Less than half of the world’s countries are unlikely to make this promise happen by 2030. Here… END_OF_DOCUMENT_TOKEN_TO_BE_REPLACED